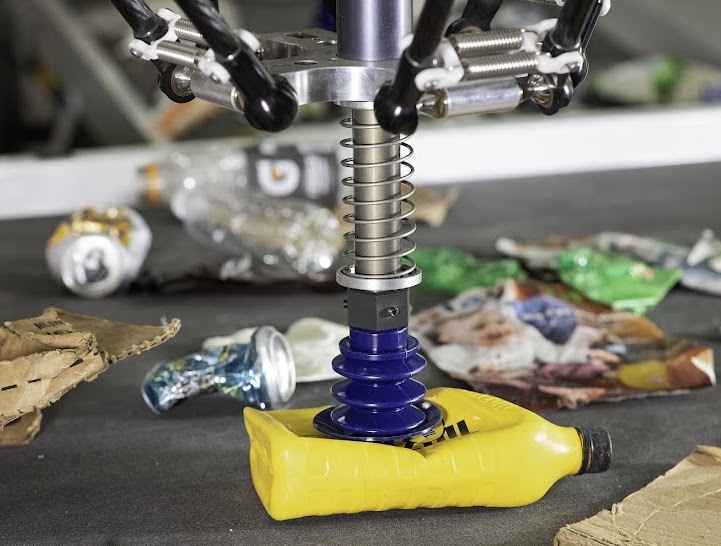 Walk into your local recycling facility, and you’ll likely see a host of machinery at work. Trucks bring in loads of recyclables and dump them on a concrete floor. Front-end loaders load bottles, papers, and myriad other materials onto conveyors, which zoom off in various directions, often climbing to different levels like staircases. Workers man strategic locations along the conveyors, grabbing certain materials as they go by and placing them in a container to be taken somewhere else for further processing. 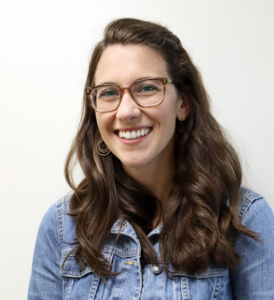 At AMP Robotics, Amanda Marrs works with their engineering team to develop robotic systems for recycling

But in a scenario becoming more common, you’ll see a robot arm extend down to the conveyor, pluck a plastic bottle or piece of paper using an air-powered suction cup, then swing around and deposit it in the container. And fewer workers will be around to see it.

In recent years, artificial intelligence (AI) has been coupled with robotics in recycling to introduce learning capabilities. Robots have functioned for years on assembly lines, such as in automotive plants, where they perform the same task repetitively. But it hasn’t been determined whether a robot can make intelligent choices like those needed in recycling. Sorting technology companies are now finding they can.

According to Amanda Marrs, senior director of product at AMP Robotics in Louisville, Colorado, “It has caught on. We have over two hundred robots installed globally.” She adds, “We’re doing something economically viable that works as a business in the circular economy. At the end of the day, we’re helping keep these things out of the landfills and oceans. Doing those two things together is exciting.”

Been around awhile
Artificial intelligence is actually a broad, simple concept that involves intelligence demonstrated by machines versus the natural intelligence displayed by humans and animals. The field has been around since the 1940s, but not much was done with it until advances in computers in the past few decades enabled it to progress. Improvements in AI have enabled the technology to perform image recognition. Deep learning uses multilayered neural networks populated with a vast amount of sensor data to classify or detect objects and make decisions on which ones to select.

In integrating AI-controlled robots into conventional recycling facilities, known as material recovery facilities (MRFs), they typically serve as a drop-in replacement for existing equipment or humans doing the sorting. Thomas Brooks, director of technology development at Bulk Handling Systems (BHS), including National Recovery Technologies based in Nashville, Tennessee, says, “Right now, it’s on the outbound stream of the optical sorter. Historically, people were used for that last polishing phase of the material. And the reason you needed people to do that was because of some of the uniqueness of the materials.” He adds, “Now we’ve progressively moved upstream into what we call a container presort application where we use that robotic sorter to pull out large objects that maybe shouldn’t have been in the stream.” 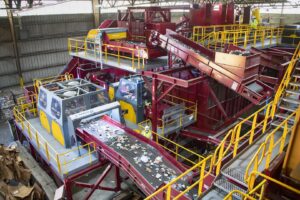 At the heart of it, AI employs a computer vision system to see and identify objects similar to the way the human eye does. Bob Miligan, managing director at Closed Loop Fund, uses an analogy: “It’s like a camera.” Brooks explains, “We train the neural network on images that we’ve seen both in the past and what we have coming across the material stream. You train the system on any number of different attributes of an object. That neural network becomes the brain or the sorting algorithm.”

For example, with plastic bottles, computer vision and machine learning combine to recognize different colors, polymers, textures, shapes, sizes, and patterns. They can separate plastics based on these, and they can distinguish between clear and opaque bottles.

Essentially, a robotic sorter uses its vision system to see the material, its artificial intelligence to identify each item, and a robot to pick targeted items. The robotic arm can use a gripper, like a human hand, or a suction cup to pluck items off the conveyor, all powered by plant compressed air. The robot is often a delta-style configuration with three arms connected at the base, giving the appearance of a long-legged spider. You can do a positive pick, where you pick out the items you want or a negative pick where you take out those you don’t want.

Several companies have gotten involved in applying AI and robotics to recycling, from various angles. Based in Eugene, Oregon, BHS designs and builds recycling systems and designs its own robotic equipment, employed in its Max-AI technology. AMP Robotics came into existence a few years ago with a focus on robotics for recycling. Based in Helsinki, Finland, ZenRobotics has developed its own software and paired it with standard industrial robots to create the ZenRobotics Recycler using its ZenbrAIn software. Other companies include Europe-based TOMRA Sorting Recycling and Machinex, based near Montreal, Canada, with its SamurAI robot.

Robotics engineers emerging
At AMP Robotics, founder and CEO Matanya Horowitz, PhD epitomizes the type of engineer and entrepreneur getting into recycling robotics. He has B.S. degrees in electrical engineering, computer science, and applied mathematics; a B.A. in economics; and an M.S. in electrical engineering from the University of Colorado Boulder. His PhD came in control and dynamical systems from the California Institute of Technology. He focused on manipulation, thinking how robotics could interact with different materials and objects and saw a need in the recycling industry. He was one of the first to focus robotics on a heterogeneous stream of materials. 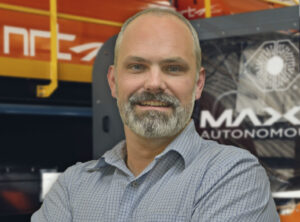 Amanda Marrs at AMP Robotics has a B.S. in aerospace engineering from Georgia Tech and an M.S. in management science and engineering with a focus in energy systems from Stanford. She worked for a NASA contractor and later spent six years at General Electric, developing expertise in smart electrical grids

With the progress made in the advancement of AI robotic systems in recycling, they are showing up at MRFs around the country. Waste Management, the nation’s largest trash and recycling processor, began testing the technology in 2017, when it installed a robot at one of its MRFs in Houston, Texas.

The company has also installed one at its MRF in Germantown, Wisconsin, which processes about 850 tons a day of single-stream material from households and businesses. The AMP Robotics system recovers plastic bottles and metal cans at the end of a paper line. Supervisor Geoff Bazuin, comments, “The goal is to get the value out of the stream. If paper’s not worth anything, and plastics and metals are worth something, we pull that out to get it into our container stream and get the value out of it.” He adds, “It works very well” and says they have put in requests for more robots.

Why the success? The intent is for robotics to lower costs, reduce manual labor, increase recycling efficiency, and increase the purity of recycled materials. For starters, the robotic arms can exceed human picking speed. A human can pick 50 to 60 pieces a minute off a conveyor while with robotics, the picks can range from 70 to 90. 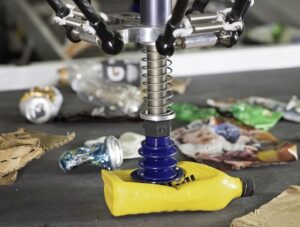 Most recycling systems use a source separation, dual stream, or single stream process for collection. At the MRF, the sorting process involves a combination of machines and human workers, using technologies such as screens, rotating discs, forced air, density-based separation, magnets, optical material identification, and eddy current. After being sorted, items are baled and prepared for shipping to their final destinations for remanufacturing.

The prevalent use of single-stream collection, which involves throwing all the household materials into a single container, has raised the issue of contamination in recycling and brought AI and robotics to the forefront as a possible solution. The convenience of single stream encourages people to recycle more, and transportation is easier, but contamination comes as a tradeoff. Ten to 20 percent of any given load of single stream material may be unfit for recycling, being either the wrong items or tainted with dirt, chemicals, water, or food.

This became more of a problem when China enacted its National Sword Policy in late 2017. For years, China had imported huge quantities of recycled materials from the United States, taking material that was often contaminated. They were an easy market. But National Sword effectively banned the import of scrap materials for recycling, causing turmoil in U.S. recycling material markets and forcing brokers to send their wares to other Asian countries such as Vietnam, Thailand, and Malaysia (they’ve since enacted bans also). It has also spurred companies to create domestic markets for materials. The situation has put the spotlight on contamination and and forced the recycling world to clean up its act by reducing residue in bales. 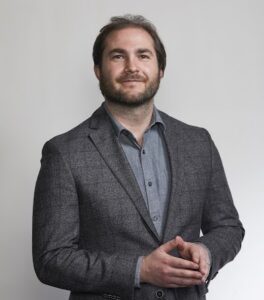 Many materials can be difficult to sort through and accurately identify one from the other. A vision-based deep learning system keys into features that are more subtle than what humans might be taught. Robotic systems can identify the different materials accurately, thereby improving the purity. One example is mixed paper, as they can target higher-quality items like office paper or corrugated cardboard and other items that humans might miss.

Safety improved
Increased safety is another strong argument for using robotics in recycling. Some might argue that it takes jobs away from people, but Marrs points out that “the number one thing our customers tell us is that they have trouble filling jobs. It’s a dirty, repetitive environment, and nobody wants to do it. These are manual operations that are dangerous. Using robotics with AI keeps people safe. And with covid-19, the labor shortage has accelerated.” Commonly, plants want more people so they can run 24/7, but they can’t find them.

Added flexibility also comes with using robotics, according to Brooks. “Most technologies used in recycling allow you to differentiate two materials. With the use of robotics and artificial intelligence, you’re allowing more flexibility in the way you sort materials.” With one of their products, they can separate up to six different materials in one stream. A robot can be adjusted throughout the day, shift, or week. You may want to pick one specific item for an hour. It gives plant managers more visibility and flexibility in how they operate a plant.

Naturally, the neural networks become smarter over time, bringing benefits to an ever-expanding pool of users. As the robot sees more and more material, manufacturers constantly update the neural networks for their customers. Marrs states, “A lot of the operations are web-based now. You can see what’s on the line from your computer.” Sorting machines will be connected to the cloud and will contribute to a shared pool of information. And once the neural network is well developed, the technology can be inserted in many existing sorting technologies to enhance their performance. 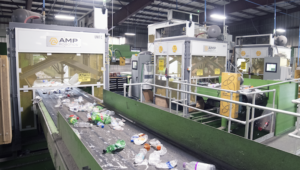 Three AMP Robotics cells along conveyors at a MRF

Looking to the future, some say AI technology will become the brain of MRFs, controlling various robotic, optical, and other sorting equipment and making autonomous decisions. Information can be fed back to recycling administrators to determine how effective their programs are at collecting the right kinds of materials. It’s all a huge leap from picking materials off a conveyor line by hand.

Based in Milton, PA, Tom Gibson, P.E. is a sustainability engineer and publisher and editor of Progressive Engineer Magazine