The world has embraced robots; should the U.S. should follow suit? 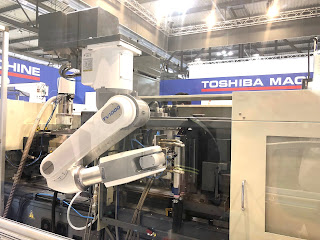 America has long been a forerunner in other revolutions — industrial, technological and digital. But, is the United States prepared for the robotic revolution? As other countries embark on initiatives to encourage the adoption of automated technologies, Ryan Gutherie, executive vice president of six-axis and SCARA robot supplier TM Robotics, investigates America’s relationship with robots.

According to the World Robot Statistics, 74 robots per 10,000 employees is the world’s average robot density. The United States sits comfortably above this, at 189 robots per 10,000 employees. However, despite welcoming robotics to automotive production lines as early as the 1960s, the nation is still perceived as keeping automation at arm’s length.

In 2016, the country began to climb the robot density ranks and today, the United States ranks seventh in the world, behind South Korea, Singapore, Germany, Japan, Sweden and Denmark. This figure has been significantly boosted by the necessary modernization of U.S. production facilities as well as a growing demand for products made in the United States. What’s more, robot sales in the country are expected to increase by at least 15 per cent per year between now and 2020. Put simply, the market is showing no signs of slowing down.

Despite the rapid uptake in automation, though, more than 70 per cent of American’s still express wariness and concern about the rise of robots in our workplaces, according to Pew Research. Perhaps they read the report by the McKinsey Global Institute stating that 73 million U.S. jobs could be under threat of automation by 2030. This sounds threatening, but is the robot revolution really such a bad thing?

Arguably not. Consider this as an example. A manufacturer that saves money on labor by using automation has two options. Lower product prices or generate more profit. Both outcomes can result in increased investment, higher demand and, in turn, more opportunity for employment.

This isn’t just theoretical. Across the pond in Europe, the SPARC research project is a partnership scheme set to increase Europe’s robotics adoptions. It’s estimated to create 240,000 new jobs on the continent as a result of implementing and maintaining automated processes. 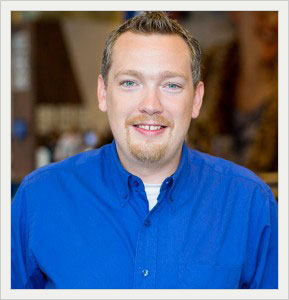 Amazon also provides a U.S. example of this phenomenon — albeit in warehousing, rather than manufacturing. Over a three-year period, the company increased the number of robots in its storerooms from 1,400 to a colossal 45,000. During the same period, the rate at which the company hires workers did not slow down or reduce, as the company’s capacity has also increased due to automation.

America didn’t shy away from spearheading the industrial, technological, and digital revolutions. As a nation, we cannot ignore the growing implications of failing to adopt today’s robotics and automated technologies.

As a distributor of six-axis, Cartesian and SCARA robots from Toshiba Machine, TM Robotics has a vested interest in improving America’s perception of automation. Regardless, rather than fearing the rise of the robot, the United States needs to further embrace the technology or risk getting left behind in the global manufacturing race.

TM Robotics has installed thousands of robots in factories throughout the world, including North and South America, India, Russia, Europe, the Middle East, Africa and Australia. In partnership with Toshiba Machine, TM Robotics is the only company that offers a comprehensive range of all three categories of robots; 6-axis, SCARA, and Cartesian. These are designed and built in-house. TM Robotics delivers solutions, training, and support services for industrial and commercial applications. For further information please visit www.tmrobotics.com