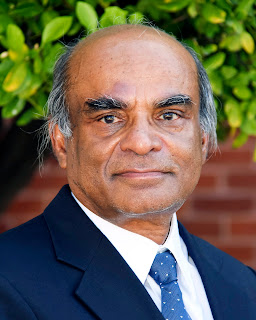 Haldar’s citation by ASCE refers to his 44-year career as a researcher and his work as an educator, mentor, and practitioner. ASCE noted that Haldar’s work had fundamentally changed structural engineering research, education, and practice. His work with industry includes proposing maintenance strategies for a major transit system, developing methods to assess the effects of missile impacts on nuclear power plants, and designing methods to improve the reliability of river navigation systems.

Haldar’s research includes earthquake engineering and mathematical methods for determining structural reliability. In particular, he is interested in computer-based simulation and analysis of structures to determine how they react to different loads and stresses. The massive amounts of number crunching required by conventional simulation methods could take years for computers to churn through, so Haldar applies theoretical mathematical methods to minimize computer run times. This enables him to conduct millions of analyses in a matter of days and creates a more statistically accurate picture of how a structure has been damaged, for instance, by an earthquake or by the wear and tear of old age. “Our structures, buildings, they are aging,” Haldar says. “And we do not have the money to fix them.” Measuring the extent of structural damage is also crucial in determining how badly, and precisely where, earthquakes have damaged new buildings.

ASCE also noted Haldar’s outstanding teaching and mentoring. He has received excellence in teaching awards from Georgia Tech and the University of Arizona and recognition from Illinois Institute of Technology. He has advised many doctoral and master’s students, some of whom have themselves become highly respected faculty members at academic institutions in the U.S., Canada, Korea, Mexico, Taiwan and Jordan.

In 2007 Haldar received an honor from his native country, where the Nonresident Indian Welfare Society in New Delhi selected him to receive the Hind Rattan Award. Hind Rattan is Hindi for “Jewel of India.” This private but influential society makes the award to members of the Indian diaspora for outstanding services, achievements, and contributions.

More information on Haldar’s research on the role risk management plays in civil engineering can be found on the UA College of Engineering website.