USDA civil engineer named a finalist for a prestigious medal 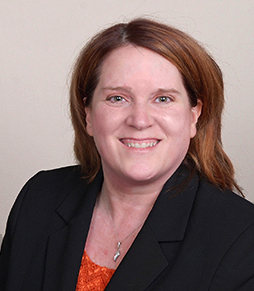 USDA civil engineer named a finalist for a prestigious medal

Sherry Hunt, a civil engineer with the U.S. Department of Agriculture (USDA), Agricultural Research Service (ARS), has been honored as a finalist in the Science and Environment category for 2021 the Samuel J. Heyman Service to America Medal. This comes for her pioneering work in the development of innovative design techniques to rehabilitate and reinforce thousands of aging dams across the United States, protecting infrastructure and downstream communities.

Growing up, Hunt always showed passion for helping the community and making a difference in the world. After working on an internship with the USDA-ARS, she decided to pursue a doctoral degree and research design alternatives for the rehabilitation of aging watershed dams. Hunt started working in the USDA-Natural Resources Conservation Service and later with the Hydraulic Engineering Research Unit at Stillwater, Oklahoma, eventually leading a team of scientists that helped develop a model to predict dam erosion and failure.

“Hunt is an internationally renowned civil engineer who, along with her research team, has developed much of the design and methodology now used to rehabilitate the sprawling infrastructure of dams across the United States,” says Simon Liu, acting administrator of the Agricultural Research Service. “She is at the source of the science and the data that helps keep our dams and communities safe.”

For example, Hunt developed standardized design criteria for a new kind of concrete spillway that can be constructed over the top of aging or weakened dams when nearby population growth has made extensive reconstruction unfeasible. Her approach involves designing a structure made from a unique mixture of concrete called “roller compacted concrete” placed using highway paving equipment. This makes the dam improvements easier, faster, cheaper, and more widely available. When the water comes over the top, it goes down as if walking a staircase, slowing the flow and likely preventing a massive breach that could devastate communities and farmland located downstream from the dam.

Hunt and a group of scientists toured aging watersheds and recognized that, over time, these earthen dams are vunlerable to erosion, putting growing populations downstream of them at risk. Predictions of increased severe storms from climate change made Hunt’s challenge even more urgent.

Hunt’s dedication and attention to detail when researching the Wisconsin flood from 2018 illustrates how she goes about the work. Hunt and her team found that the natural materials in the abutments adjacent to the dam were fractured rock that allowed water to seep through the cracks for many years. The data collected allowed the team to not only help identify the causes of the failure of five dams, but also to provide further model validation. The insights will drive research to improve predictions, anticipate failures, and aid dam design and construction. Hunt’s work has helped strengthen thousands of dams in the country, limiting potential failures that could lead to the loss of life and property.

Samuel J. Heyman Service to America Medals (Sammies) are given each year to federal employees who have distinguished themselves in public service, making for a safer, healthier, and stronger United States. In addition, the organization offers a People’s Choice Award in which the public is encouraged to vote from May 2-July 2 for the finalists they believe are worthy of additional recognition.