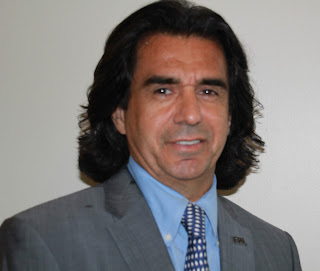 The White House and the U.S. Department of Transportation have honored Atorod Azizinamini, chair of the Department of Civil and Environmental Engineering at Florida International University’s College of Engineering and Computing, for his innovations in making the nation’s aging bridges safer. Azizinamini has been named a 2015 White House Transportation Champion of Change. The White House Champions of Change Program highlights the stories and examples of citizens across the nation who are leading projects and initiatives that move their communities forward.

The U.S. Department of Transportation and the White House Office of Public Engagement hosted White House Champions of Change, focused on “Beyond Traffic: Innovators in Transportation for the Future.” Azizinamini and the other honorees were recognized as leaders in advancing transportation and change that benefits the country’s transportation system. They also participated in panel discussions. “At FIU, we are providing efficient and economical solutions for the many challenges we face with our bridges and infrastructure,” Azizinamini says. “Being named a Champion of Change is recognition of the impact we have had.”

Azizinamini has devoted his career to developing solutions for aging bridges. Currently, about 24 percent of more than 610,000 bridges in the United States are deficient, and about 45 percent of all U.S. bridges are shorter than 60 feet. To address this issue, Azizinamini invented the Folded Plate Steel Bridge System, which provides an economical, long-term solution for replacing outdated short-span bridges. It allows on-site construction of a bridge over a few days, using less costly materials and lasting longer, resulting in lower costs and limited impact to traffic. In 2014, with support from the second Strategic Highway Research Program, Azizinamini developed the first comprehensive guide to enhancing the service life of bridges. The first application of the guide was at the Tappan Zee Bridge in New York.

Azizinamini is director of FIU’s Accelerated Bridge Construction University Transportation Center (ABC-UTC), focused on developing technology and methods to improve bridge design and construction. The ABC-UTC was established by the U.S. Department of Transportation in 2013 and works closely with the Federal Highway Administration and the American Association of State Highway and Transportation Officials to advance accelerated bridge design and construction through research, workforce development, and technology transfer.

“Dr. Azizinamini’s visionary bridge designs are what our country needs for the 21st century – cutting-edge, cost-efficient, and safe,” says Ranu Jung, interim dean for the College of Engineering and Computing. “In addition to his contributions to bridge engineering, he has ensured that our students learn to think in terms of finding solutions and impacting the local, national, and global community.”