A visit to the world’s longest pedestrian bridge, which resulted from a major engineering project

On a recent trip to New York City to cover an upcoming story for Progressive Engineer Magazine (and also to Boston to visit two of my sisters), I detoured north of I-84 and stopped in Poughkeepsie, NY to experience the Walkway Over the Hudson State Historic Park. The park opened to rave reviews in 2009 after a two-year project converted the 1.25-mile-long, 212-foot-high Poughkeepsie-Highland Railroad Bridge to a 25-foot-wide pedestrian walkway over the Hudson River. 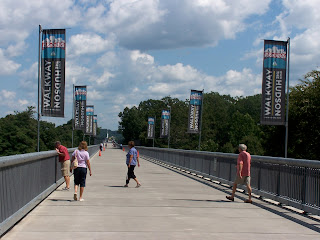 According to an article in the November 2009 issue of PE magazine, the bridge originally opened in 1889 to allow transport of coal from Pennsylvania and grain from the Midwest to New England cities, and it closed after a fire in 1974. Walkway Over the Hudson, a nonprofit group, spearheaded the $35-million project to revitalize it through a fast-track design process led by Bergmann Associates, a multidisciplinary engineering firm headquartered in Rochester, NY. McLaren Engineering Group, a civil and structural engineering firm headquartered in West Nyack, NY, served as a subconsultant. Engineers restored the bridge to meet highway load standards to handle multimodal traffic and emergency vehicle use (the day I visited, cranes were operating from the concrete deck performing maintenance work). 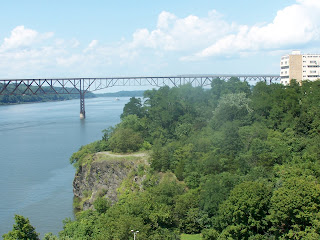 The park serves as the centerpiece of a still-developing network of trails, including the Hudson Valley Rail Trail in Ulster County on the west side of the bridge and the Dutchess Rail Trail in Dutchess County on the east side. The project has been designated a National Historic Civil Engineering Landmark by the American Society of Civil Engineers. Well worth the visit. — Tom Gibson 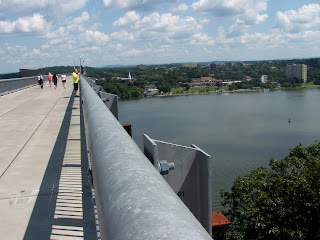 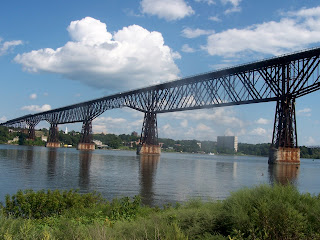 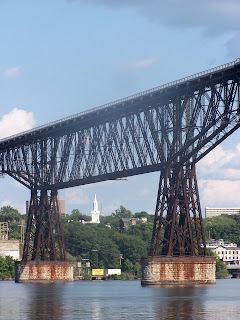