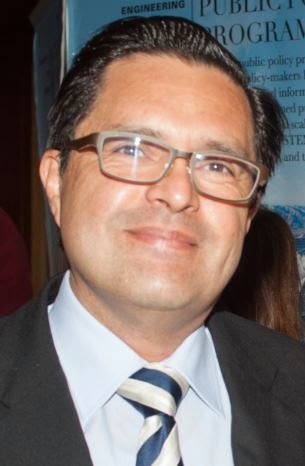 The American Society of Mechanical Engineers (ASME) has elected Julio Guerrero to serve as its president from 2015-2016. Guerrero, an R&D and business development lead in Draper Laboratory’s Energy Systems business area, began his term as ASME president-elect in June.

Founded in 1880, ASME enables skill development, collaboration, and knowledge sharing across engineering disciplines while promoting engineering’s role in society. The organization has 130,000 members in 158 countries. “We’re thrilled to see Julio elected to a leadership role where he can help bring together the engineering community to solve real world challenges as well as groom the next generation of the technical workforce,” says Jim Shields, Draper president.

Guerrero, who has been an ASME member for more than 20 years, served as a member of its Board of Governors from 2011-2013 and as vice-chair of its Industry Advisory Board from 2008-2010. As president, he hopes to promote partnerships for technology development around the world, make the organization’s operations more efficient, and increase involvement among young engineers.

At Draper, Guerrero identifies ways to apply the lab’s expertise in sensors, controls, automation, data analytics, secure communications, and advanced communications to improve the performance, safety, and security of energy infrastructure. Prior to joining Draper in 2011, Guerrero served as a principal scientist for seven years at Schlumberger Research, where he established research collaborations on subsea and land oil operations between Schlumberger and Massachusetts Institute of Technology (MIT) as well as the Woods Hole Oceanographic Institute. A native of Peru, Guerrero has also lectured at MIT engineering courses for 11 years and served as a member of doctoral committees at MIT and the University of Texas at Austin, where he earned his master’s and doctoral degrees in 1995 and 1998, respectively.