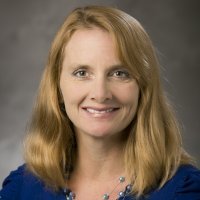 Mary “Missy” Cummings, a professor of mechanical engineering and materials science at Duke University’s Pratt School of Engineering, specializes in drones and autonomous vehicles. Recently, she appeared on The Daily Show with Jon Stewart (http://www.cc.com/video-clips/cbke7r/the-daily-show-with-jon-stewart-missy-cummings) and The Colbert Report with Steve Colbert (http://www.cc.com/video-clips/omkngv/the-colbert-report-missy-cummings) to discuss drones.

On the autonomous vehicle front, backed by a GoogleX project, Cummings is trying to observe cognitive activity during prolonged driving. As drivers spend a lot of time behind the wheel, they become disengaged, creating a challenge to integrate the human driver into a deceivingly complex autonomous system.

Underscoring the importance of this technology, the Obama Administration has announced a $4 billion, decade-long plan to expedite the development and adoption of autonomous vehicles on U.S. roads. “As a robotics professor who has been working on driverless car development for a number of years, I applaud the Obama administration for its recent announcement of the $4 billion infusion into this field that will revolutionize transportation as we know it,” says Cummings. “Going forward, it is critical for the government to gain expertise not only in the development of this technology, but also the testing and evaluation of this technology. Despite recent advancements, driverless cars are still relatively immature and not formally tested, which is paramount given the safety-critical nature of such environments.”