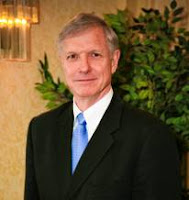 Gary Neuwerth, Ph.D., PE, an engineer who has directed many civil infrastructure and building projects and leads one of the nation’s largest teams of engineers and environmental specialists, recently marked his 40th anniversary with Dewberry. Neuwerth is president of the northeast operations of Dewberry, with nine locations and nearly 500 employees.

Neuwerth began as a computer programmer in the firm’s office in 1969. He rose steadily through the Dewberry organization, assuming the management of the company’s  office in 1989 and serving as senior vice president and chief operating officer for the entire northeast operations beginning in 1999. By the year 2000, he had been named president of the northeast operations, where he continues today to oversee the work of diverse professional teams in , , , , and.

Neuwerth holds a Bachelor of Engineering from the Stevens Institute of Technology and M.S. and Ph.D. degrees from . Through the years he has managed many landmark projects for the firm, including:

§         Rehabilitation of the Brooklyn-Queens Expressway

§         Rehabilitation of Seven Bridges over the Cross Expressway

“I’ve never considered any other career,” says Neuwerth. “I’ve been able to see a correlation between my efforts and the firm’s success, which is rewarding, and I’ve had the chance to help other engineers grow in their careers as well.”

Dewberry is a 2,000-person professional services firm, specializing in infrastructure engineering, architecture and building engineering, and management and consulting services. Established in 1956, the firm has more than 40 locations nationwide, with headquarters in ,