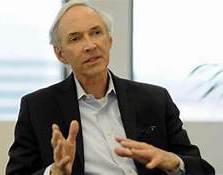 Here’s an entry from Reinventing Green Building, the newsletter published by Jerry Yudelson, president of green building firm Yudelson Associates in Carlsbad, CA. Yudelson has a B.S. in Engineering and Applied Science from Caltech, an M.S. in Water Resources Engineering from Harvard, and an MBA from the University of Oregon.

Two weeks ago, Washington Governor Jay Inslee introduced a plan to address the Climate Crisis with an “Evergreen Economy Plan.” The plan proposes to “catalyze” about $9 trillion of investment over ten years — with at least $300 billion in average annual federal spending leveraging approximately $600 billion more each year. Inslee’s plan is detailed, thorough and feasible, but has received little public attention. He might have the best plan to offer whoever is the next president; could it be him?

The projected 8 million new “good jobs” is not likely to materialize, but that’s OK because America doesn’t need more jobs programs, with unemployment below 4% and 10,000 Baby Boomers retiring EACH DAY for the foreseeable future (that 1 million fewer people in the workforce every 3+ months). Automation and AI will reduce our job requirements, and that’s OK.

One thing I especially like is his focus on developing the electric car infrastructure. We should transition within ten years to a system that supports 100% EVs. With 250 million vehicles on the road in the US, we have a golden opportunity to revive the auto and electric power industries with “good jobs” if we commit to moving quickly to install EV charging stations nationwide. I’d like to see plug and play systems in every garage and carport.Over the next few months, we’re going to see lots of presidential candidates mouth platitudes about confronting the climate crisis, but only Beto (see my blog from April 30th) and Inslee have plans on the table. The Green New Deal might be a framework, but it’s not a plan.

If we’re serious about confronting the Climate Crisis, we need to demand specific and workable plans from all presidential candidates, something that they not only support but have thought long and hard about. Otherwise, it’s back to the streets on September 20th for the Global Strike for Climate.