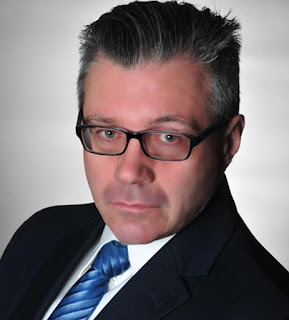 John Pfisterer has been named a senior vice president at M&J Engineering, PC (M&J). He comes to M&J following a distinguished career of over 20 years with MTA Bridges and Tunnels (MTAB&T), culminating as the deputy director of electrical, mechanical, and commissioning groups at the agency’s headquarters. During his tenure at MTAB&T, he also served as the facility engineer at the Queens Midtown Tunnel, where he oversaw both the capital and major maintenance programs.
Pfisterer directed efforts on groundbreaking new technologies including the introduction of EZ Pass, LED lighting, fiber optics, and in-tunnel wireless communications. He also was involved in the agency’s recovery efforts after the 9/11 attack and Superstorm Sandy.

As part of the restoration efforts after Superstorm Sandy, Pfisterer managed the $270 million rehabilitation of the tunnel walls, roadways, and Manhattan Exit Plaza. Other complex assignments under his management at the Queens Midtown Tunnel included the comprehensive facility-wide electrical upgrade and ventilation buildings switchgear and motor control center replacement and the exhaust fan replacement.

Prior to his MTAB&T career, Pfisterer was employed at Burns and Roe Enterprises, where he worked on a wide range or projects including weapons decommissioning and satellite transmission systems (STS) as a systems engineer. Pfisterer holds a bachelor of engineering degree from Pratt Institute as well as a bachelor of science degree from St. John’s University.

“We are thrilled to have John as part of our team” said Maqsood Malik, M&J’s President and CEO. “His extensive knowledge of tunnel systems and project management will contribute greatly to M&J’s continued growth and capabilities in these vital areas, particularly throughout the New York metropolitan area.”

M&J Engineering is a certified minority (MBE), disadvantaged (DBE), and small business (SBE) enterprise as well as a multi-disciplinary consulting engineering firm with over 100 employees.  Since its founding in 2004, M&J has grown into a provider of design, environmental, construction management/inspection, naval architecture, aerospace engineering, and technology services to a range of clients including federal, state, city/local agencies, private owners, architects, other engineers, and contractors. With offices in NY; NJ; CT; PA; FL; VA; and Washington, DC, the firm currently is the prime contractor for the $236 million Construction Management and Resident Engineering/Inspection of the MTA’s Queens Midtown Tunnel.