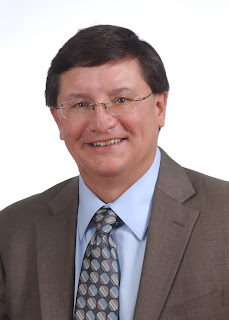 Prior to joining Arcadis, an engineering firm, Blake held management roles at Geraghty & Miller. Within months of the 1993 merger between Geraghty & Miller and Arcadis, Blake was appointed CEO for the Dutch firm’s U.S. business. During Blake’s tenure with Arcadis, the firm grew organically and through strategic mergers and acquisitions to rank No.12 on ENR’s list of the Top 500 Design Firms at the time of his retirement.

According to Neil McArthur, global chief executive officer for Arcadis: “All of us at Arcadis are deeply saddened to hear of Steve’s death and offer our support and thoughts to his wife and family. Steve had a huge impact on everything and everyone he touched during his life and career. He was able to see the bigger strategic picture but also understood the operational details to make it happen. His plan for Arcadis North America was hugely successful, growing our business five times and profitability 10 times over a 10-year period. He was also a hands-on leader, leading from the front, and incredibly hard working. Steve was a passionate and inspirational leader and fully embodied our passion to improve quality of life and be recognized as the best. He was larger than life, and he will be sorely missed – his legacy will endure.”

Blake was a member of the Society of American Military Engineers, the Construction Industry Roundtable, the National Ground Water Association and the U.S. National Water Well Associates. A registered professional engineer in Oklahoma and a registered geologist in Arkansas, he held a bachelor’s degree in watershed sciences from Colorado State University and a master’s degree in hydrology and water resources science from the University of Arizona.

John Jastrem, CEO of Arcadis’ North America region commented, “Although I wasn’t fortunate enough to work with Steve, I know he was a very successful businessman and a highly respected leader, and I see evidence of this in the company he led for so many years. Steve recognized talent and team spirit, and he empowered the team to ‘go make something happen!,’ and Steve appreciated every employee and celebrated their accomplishments.  Each of us at Arcadis are part of Steve’s legacy.  He will be missed, but not forgotten.”

Arcadis offers design, consulting, engineering, and project management services through 28,000 people in over 70 countries. The firm supports UN-Habitat with knowledge and expertise to improve the quality of life in rapidly growing cities around the world.  For more information, visit www.arcadis.com.