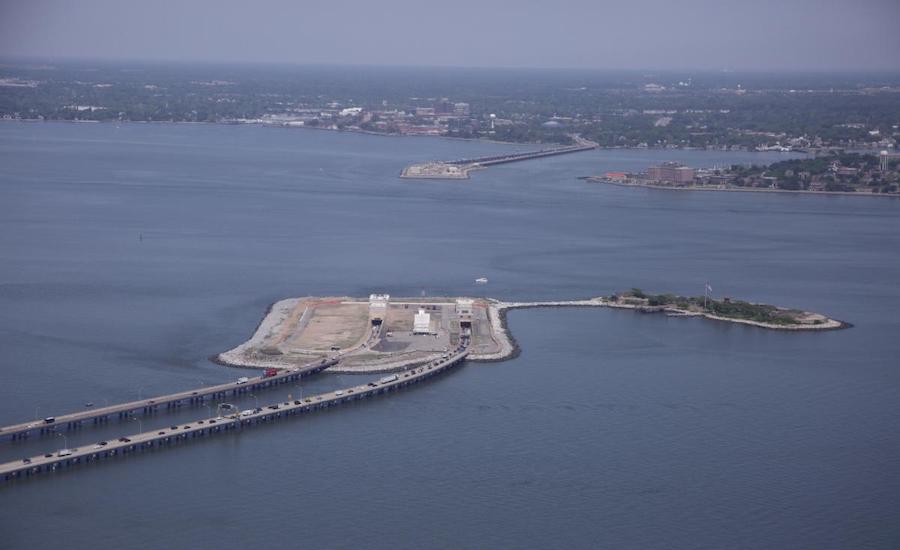 By Office of the Governor, Commonwealth of Virginia 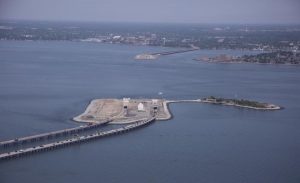 Virginia Governor Ralph Northam joined the Virginia Department of Transportation (VDOT) and state and local leaders to break ground on the Hampton Roads Bridge-Tunnel (HRBT) Expansion Project recently. The $3.8 billion project will increase tunnel and interstate capacity along 9.9 miles of Interstate 64 between Hampton and Norfolk, reducing congestion and easing access to the Port of Virginia and the world’s largest Naval base. HDR and Matt MacDonald are the lead engineering firms on the project.

“For too long, traffic in the Hampton Roads region has bottlenecked at the tunnel,” Northam said. “Folks in this region deserve an easier, more reliable commute. This is the largest project in our history, and it will ensure that people can move around faster, that commerce flows more easily, and that we finally connect the Peninsula and the Southside. This project will make everyone’s lives easier when it is completed.”

“The world’s best designers, builders, engineers, and technology are converging here in Virginia to build your new tunnel,” said Secretary of Transportation Shannon Valentine. “We are bringing every asset to the table to give people what they may value most—time.”

Virginia crews will use a highly-specialized tunnel boring machine to dig through soil and construct tunnel segments simultaneously. The advanced technology is used in the construction of highly complex projects such as Manhattan’s Second Avenue Subway. The new HRBT is only the fourth roadway project to use this equipment in the United States. The machinery is under construction in Germany and is expected to arrive in Hampton Roads in 2021 for assembly, which will take several months. It is expected to begin tunneling operations in early 2022.

“VDOT is using this advanced boring technology for the first time ever,” said VDOT Commissioner Stephen Brich. “We’re doing it because this is one of the nation’s most important maritime channels, and this technology means less disruption to military and commercial activity, and less impact on marine life.” 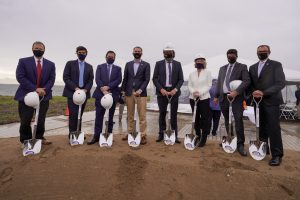 In addition to alleviating congestion for motorists, the completed project will benefit tourism, the Port of Virginia, and the military—three critical industries in Hampton Roads. The expansion is projected to bolster the economic competitiveness of in Hampton Roads with more than $4.6 billion in investments and an estimated 28,000 new jobs over the life of the project.

The HRBT Expansion Project will add twin, two-lane bored tunnels and widen the four-lane segments of Interstate 64 in Hampton between Settlers Landing Road and the Phoebus shoreline, and in Norfolk between the Willoughby shoreline and the I-564 interchange. More than 100,000 vehicles currently use this facility during peak travel periods.